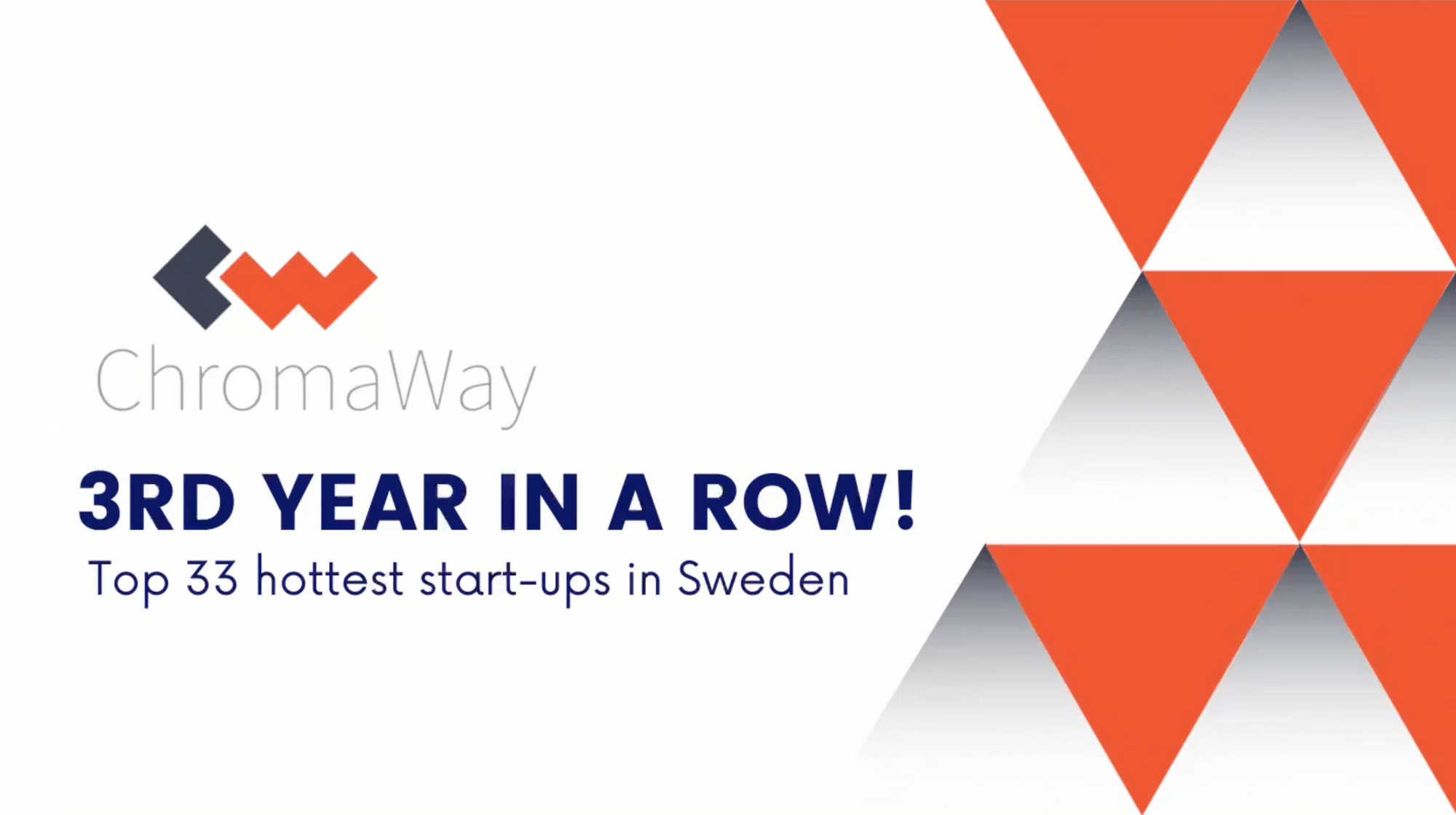 NyTeknik, one of Sweden’s leading business and technology magazines, has included ChromaWay on their list of the 33 hottest up and coming tech companies in Sweden.

Companies are selected based on their potential to become the technology leaders of the future. Selections are also subject the following criteria:

ChromaWay achieved the rare feat of being named to the list three years in a row (2019, 2020, and 2021). Other notable ‘Golden Companies’ to achieve this feat include Spotify and Truecaller. We are thrilled to now be included in this elite group. Our only regret is now we can’t make the list again next year!

“We are honoured to be selected for NyTeknik’s 33-list for the third straight year. With so many exciting things happening in and around our company, we view 2022 as the year we will transition from an up and comer to an established player in the tech space.” - Henrik Hjelte, Co-Founder and CEO

At ChromaWay, we are constantly seeking new opportunities to apply our relational blockchain technology. With all of the current initiatives, competitions, and products we have on the go, the future is looking very bright!

To read the full rundown of companies, check out this article on NyTeknik’s website.