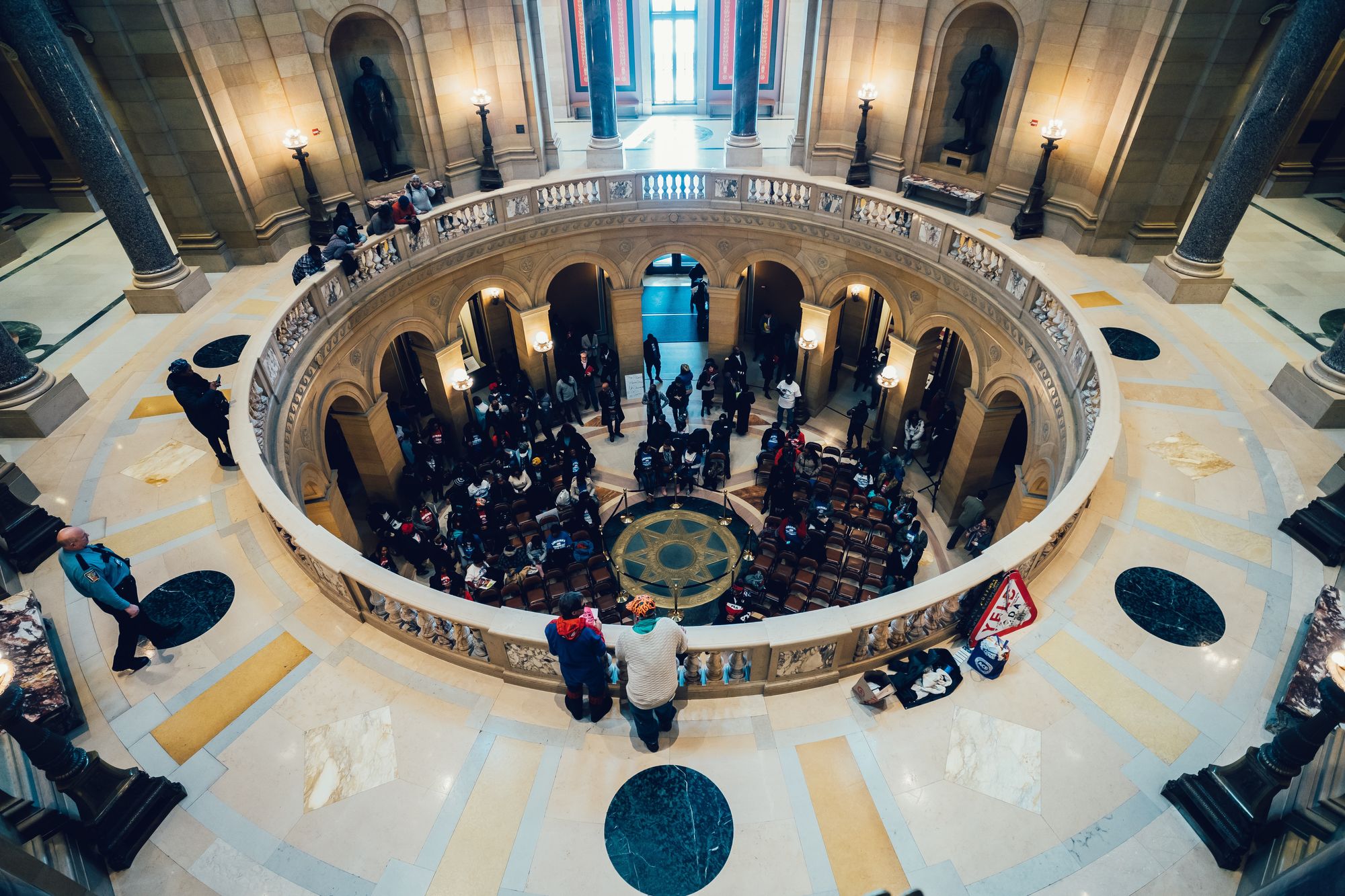 The spectacular volatility of cryptocurrencies seems to distract quite a bit from the fact that governments around the world are actually using blockchain technology too. There are many projects in all stages, from government agencies just evaluating and testing the technology in a broad sense to already live production systems where the technology is being used.

Its not that surprising given that many benefits of decentralized solutions are especially important for governments. Binance Academy sums up the key advantages of Blockchain Technology for governments. Some advantages  are a great fit for government systems and infrastructure, such as Decentralization and data integrity, Transparency, and Increased efficiency. Besides these and reducing labour intensive processes, a public ledger can also reduce opportunities for corruption and help combat lack of trust in governments.

This article aims to give a rough overview of the most promising areas in which governments are using blockchain technology, as well as show some exemplary projects in those areas that are beyond the ‘exploration’ stage already.

Lack of public Trust in Governments is an issue of increasing importance:

Land registration and title transfers are among the most widespread government uses of blockchain technology. Which is not surprising, because it can help solving fraud, errors and misuse by decentralising data storage, so manipulation without having the proper authority and following proper protocols becomes impossible. It can also reduce the administrative burden of land registration and title transfers.

Projects in various stages exist in the United Kingdom, Georgia, Ghana, Rwanda, India, Canada, Australia. A recent specific example is the Inter-American Development Bank (IADB), the largest source of development financing for Latin America and the Caribbean, is now working with ChromaWay to pilot the technology in Bolivia, Paraguay and Peru, with the goal of extending the test to other parts of South America. The IADB picked ChromaWay because it noticed the company's work in tracking land titles in Sweden, and similar projects running in Australia, Canada, and India.

The Green Assets Wallet is a transparent platform for trusted green bond data, to track and improve Sustainability and provide immutable validation and reporting.  Green Assets Wallet (GAW), an innovative blockchain database, where issuers and investors of green bonds meet, is a live project running on the Chromia Blockchain since December 2019. GAW is a co-creation of the German federal Ministry for Economic Cooperation and Development, leading capital market actors, green finance experts and technology innovators.

A different example for immutable validation is the Government of Canada using blockchain technology to issue project-based employees with something similar to a digital CV. Blockchain technology provides them with a permanent, self-owned and secure record of their skills and experiences.

To date many initiatives to use blockchain for supply chain traceability can be found on more local government agencies. In Spain, Valencia’s port already utilizes blockchain technology to bring transparency and security to the supply chain.

Korea customs service is prepared to launch the blockchain clearing system, which will be accessible for over 50 import and export enterprises, facilitating their process data sorting and validating. This blockchain-based data platform not only avoids the waste of resources during the paper-using process but also aims to improve efficiency.  The Korean ICT ministry is also collaborating with the Ministry of Agriculture, Food and Rural Affairs to deploy a system that updates the information of  livestock from their breeding, shipping to sales on a distributed ledger.

The first and oldest use case of blockchain technology is digital currency and payments – well known since bitcoins inception and subsequent rise to fame. It is not surprising more governments and central banks around the world are entertaining the thought of issuing their own digital currency based on blockchain technology. Though one of the first state issued cryptocurrency, the Venezuelan Petro is plagued by many issues, even the largest governments and central banks think about using blockchain technology to issue digital currency. In China, the People’s Bank of China (PBOC) is stepping up efforts to launch a Digital Currency Electronic Payment System (DCEP), which could replace cash with a blockchain-based solution. The European Central Bank is exploring digital central bank currencies as well. And while  the ‘Digital Dollar’ was stripped from the US Coronavirus Relief bill that won’t put an end to their efforts in this area.

In 2018, ChromaWay in partnership with Soffito has presented the e-krona project to Riksbank, the Sweden’s central bank. The project was shortlisted in line with the proposals submitted by other well-established heavyweights, such as Visa, IBM, Ericsson and the IOTA Foundation.

According to PwC, Estonia was the world’s first Nation-State to deploy blockchain technology in production systems - in 2012 with the Succession Registry kept by the Ministry of Justice. Today, every Estonian, irrespective of their location, has a state-issued digital identity. In Estonia, a qualified electronic signature is legally equal to a hand-written signature, stamp or seal and all Estonian authorities are obliged to accept electronic signatures. While this may not sound like a big deal, an established secure digital ID using blockchain technology is a real ‘enabler’ to many other digital services, ranging from Voting on the Estonian and European Parliament. And the acceptance is enormous: While almost every second Estonian voter used internet voting, 67% of Estonians use their ID-card regularly, 98% of tax declarations are filed online.

South Korea’s government has been an outspoken supporter of blockchain solutions since late 2018, so it comes as no surprise that the Korean Ministry of Science and ICT together with many major South Korean Enterprises such as Samsung and Major Banks also making a noteworthy entry into ‘The Blockchain ID Race’.

With their electronic ID-card well established, Estonia takes the lead in using blockchain technology in health care too. While printed on paper almost everywhere else, 99% of prescriptions are digital there, 99% of health data is digitized, and billing in healthcare is 100% electronic. Each person in Estonia that has visited a doctor has an online e-Health record that can be tracked. Identified by the electronic ID-card, the health information is kept completely secure and at the same time accessible to authorised individuals. In Blockchain technology is being used here for the system to ensure data integrity and mitigate internal threats to the data.

Many other countries healthcare departments are also evaluating blockchain technology, though most projects seem to be in very early stages. One of the largest of them by amount invested is the American Health and Human Services Department’s project to build A.I. and blockchain solutions to reduce operational backlog and costs, investing $49 million over a five-year period.

While governments around the world seem to have realized the potential of blockchain technology, government organisations are usually not known to be the most innovative and at the cutting edge of new technology. As a logical consequence, they are usually working in projects with technology partners. Chromaway realized this potential very early, and have been collaborating on blockchain technology projects with governments around the world for years now.

About Anna from Chromia