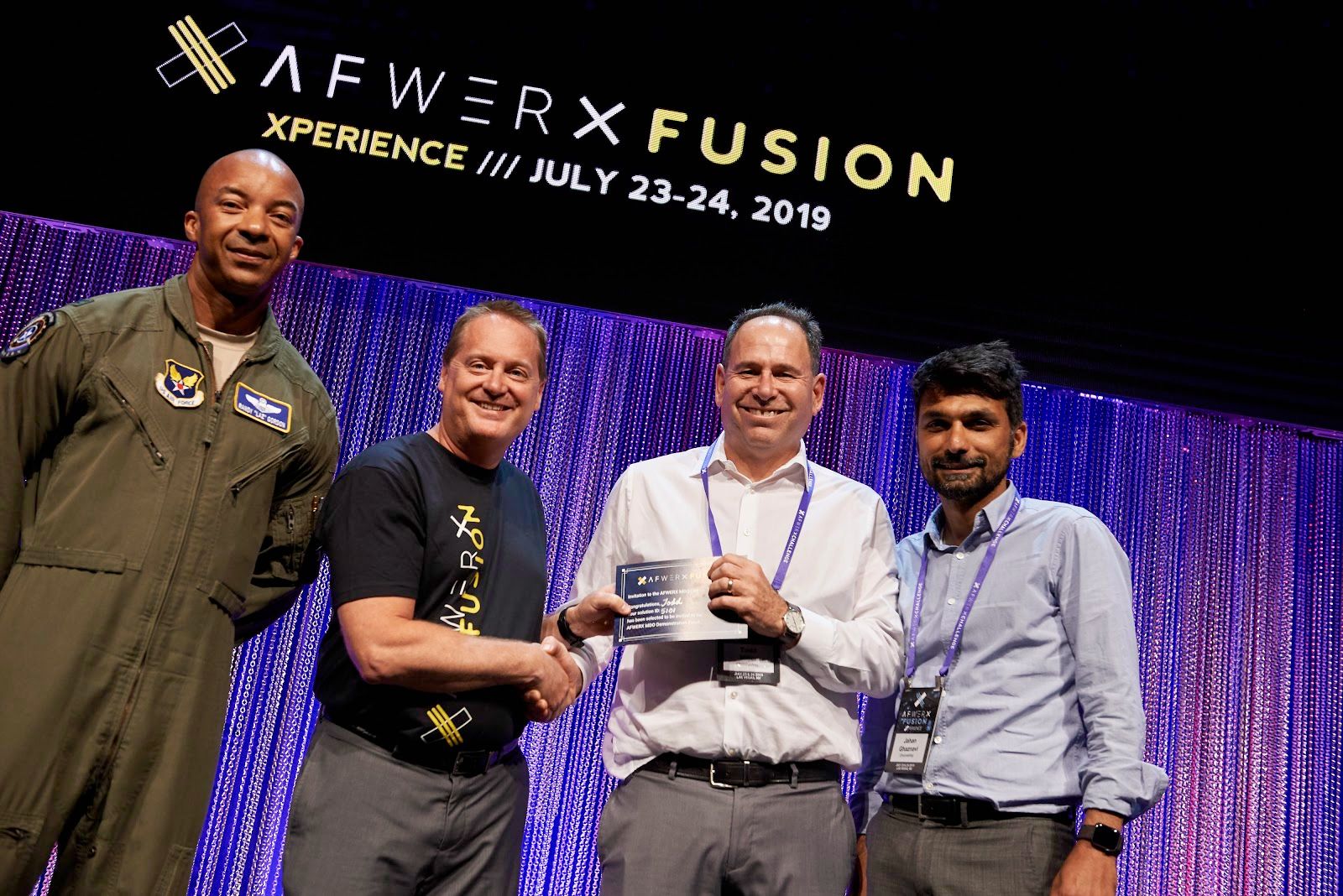 On July 25, 2019 ChromaWay was one of just 30 companies (over 300 had originally applied) selected as a finalist for the US Air Force’s AFWERX Multi-Domain Operations (MDO) Challenge.  The goal of the challenge is to identify innovative technologies to improve the US and its Allies' integrated operations in the areas of air, space, land, sea, and cyber.  Our core solution, Postchain, part of our relational blockchain framework, was selected for the final round to take place beginning on September 10, 2019 in Las Vegas.

The majority of Americans (above a certain age!) are familiar with the US Air Force Song which dates back to 1939 featuring the iconic lyrics referencing “the wild blue yonder.”. Fewer people would know that the AIr Force created the constellation of satellites behind the Global Positioning System (GPS) that navigates us to our destination by foot or vehicle, or pressurized airplane cabins that allow us to comfortably travel the world, or even the “fly by wire” technology that improved the reliability, performance, and safety of commercial airliners. It is within this context that  AFWERX  was created ”to act as a catalyst for an agile Air Force engagement across industry, academia and non-traditional contributors to create transformative opportunities and foster an Air Force culture of innovation.”

In May 2019, AFWERX issued the Multi-Domain Operations (MDO) Challenge with the goal of  significantly improving how the US, its Allies, and other partners integrate operations, communicate with each other, and resolve complicating factors such as how data can be shared, verified, and correlated across multiple security levels and geographic, organizational and political boundaries.

So, why would the US Air Force be interested in ChromaWay’s relational blockchain technology?

To answer this question, let’s delve a bit deeper into the concept of MDO. Though it sounds like pure military slang, it’s actually more a term rooted in computer science as in, for example, multi-trust domains.  For example, in system trust relationship users can log on to Domain A and then access resources in Domain B without supplying a username and password a second time. Domain A is the trusted domain, and Domain B is the trusting domain.

In the military world, domains are generally considered to be air, land, maritime, cyber, space, and the electromagnetic spectrum. In other words, how does an Air Force F-16 coordinate with Italian ground troops, and perhaps a French satellite, to coordinate a mission?  This is where the blockchain comes in.

A blockchain provides a secured paradigm to achieve consensus using a distributed and peer-to-peer network in which no trusted central party is required. As a result, it has the real potential to resolve many challenges that are faced without the availability of centralized controllers (think NATO operations with sometimes partner countries) in globally distributed operations and applications.

In our very preliminary discussions with the Air Force, they were interested in ChromaWay’s blockchain technology, Postchain, for these very reasons.  Since Postchain is rooted in relational databases, they were attracted to the fact that they would not have to completely rewrite existing communications, command and control, and asset tracking applications to participate in a blockchain-based shared data network.

To illustrate the power of the blockchain, we demonstrated a simple discussion board that could be secured using blockchain protocols.  We developed a prototype MDO Disaster Relief Forum where multiple military services, government entities, and NGO’s could communicate and synchronize disaster relief operations (AFWERX provided the use case).

All messages on the board are securely signed using public key infrastructure, the data would be stored in distributed nodes across the globe, and the integrity of the data would be validated utilizing consensus protocols. Of particular interest to the Air Force was that critical data from operations could be stored in Postchain blockchain nodes (Figure 3). Just like a relational database, these nodes can be queried, indexed, and used for reporting to support operational decision-making and other applications.

We are looking forward to returning to Las Vegas from September 10-12, 2019 to continue the discussion on how blockchain solutions can help to solve some of  the Air Force’s most pressing challenges through deploying a shared infrastructure to support a new generation of multi-trust domain applications.