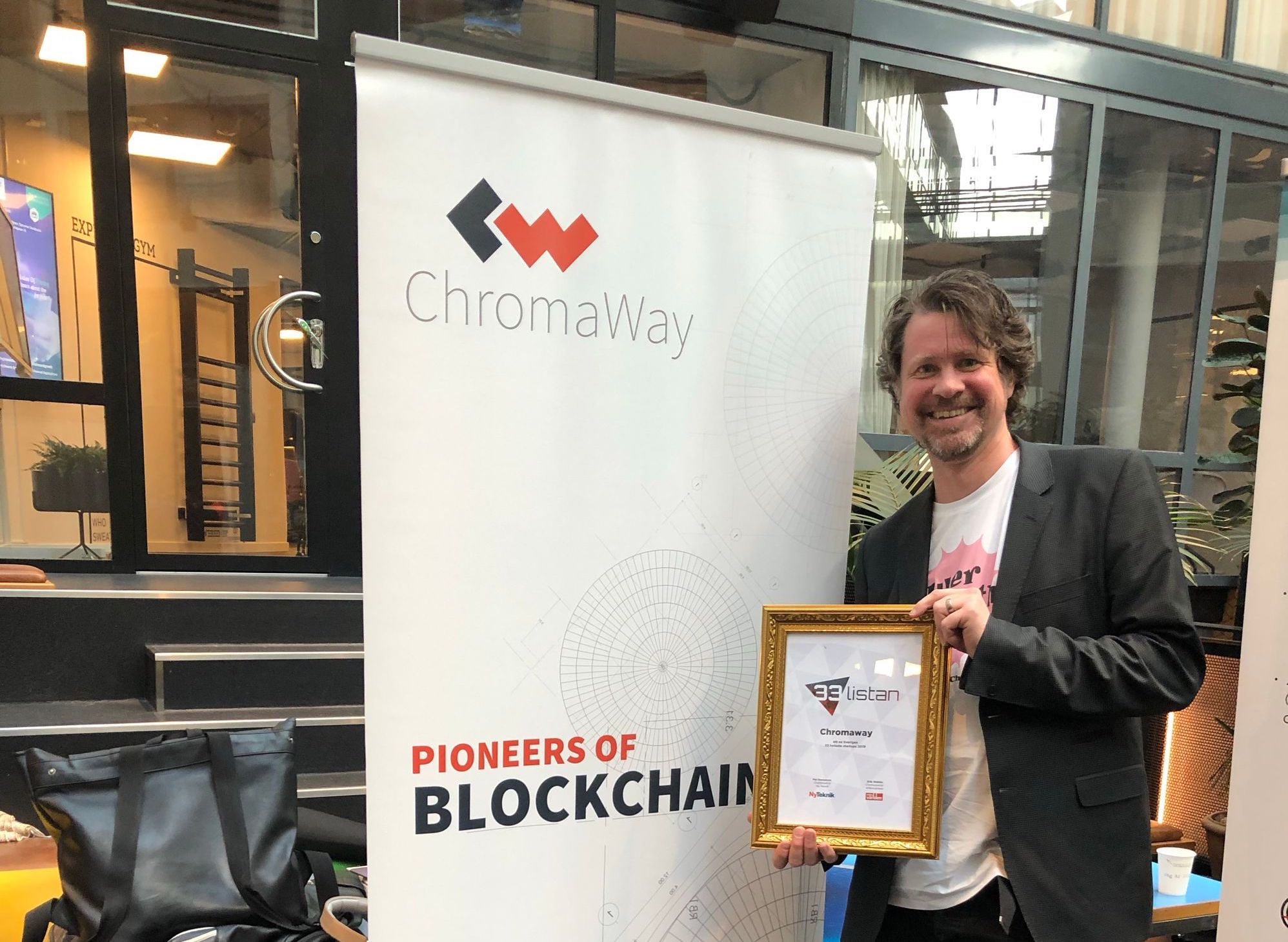 For the second consecutive year, ChromaWay is nominated as one of the best startups in Sweden. Ny Teknik 33-list is a prestigious startup list which nominates Sweden's best, most innovative tech startups that have a potential to disrupt the industries they work in and thus can be called tomorrow's tech stars. The list is composed annually by Ny Teknik, the leading newspaper in tech and startup news in Sweden.

“It is a great honour, but also a big responsibility for ChromaWay to be included into the list of the 33 best startups in Sweden for the second consecutive year. Ny Teknik 33-list is a significant milestone for the whole team and an important recognition of what we are doing in the field of relational blockchain”, -Henrik Hjelte, the CEO of ChromaWay

Since 2008, Ny Teknik has been nominating the best and most promising young startups that later became successful tech giants, such as Spotify, Izettle, Yubico, Mojang, Truecaller, Mapillary, and many others. The 33-list traditionally attracts a great number of investors, press and media, partners and others to inform them of companies that are currently flourishing in what is seen as the “Silicon Valley of Europe”. It is worth noting that ChromaWay is the only blockchain startup on the list.

Swedish startups are the “tech vikings” that are constantly conquering the international stage. In Sweden, unicorn companies are not uncommon. Over the past few years, 5 Swedish companies have achieved a value of over $1 billion: Skype, Spotify, King, Mojang and Klarna.

Being included in the Ny Teknik 33-list, which includes great companies such as Cake and Mavenoid, means a lot to us. Being part of such a star ranking makes us feel proud, recognised and excited for the future milestones and developments.

About Anna from Chromia